Larnaca – A Self Destructing Town?

Larnaca – A Self Destructing Town? 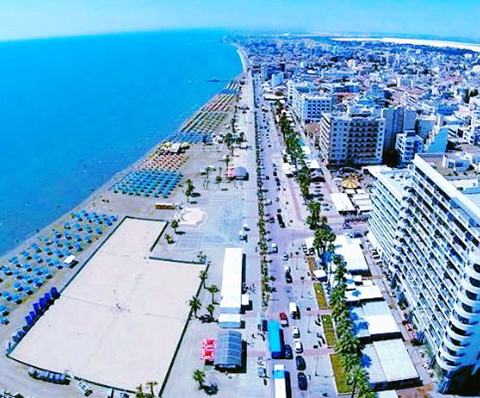 One wonders how an island with towns in short distances from each other, can have such different views referring to Municipalities. As a cause of this article is the recent decision of the Larnaca Municipal Council not to allow the gas Cos (ENI-Total etc) to use the Larnaca port as their base on their own gas drilling works.

Various pressure groups [basically the immediate locality at the port] at Larnaca, quoting all sorts of reasons (mainly environmental) they have persuaded the Municipal Council not to renew the Cos stay at Larnaca port, not even for the required 6-18 month period. The Council which represents the left and right wing parties decided otherwise, short by one vote not to extend – the main objectors being the left wing parties.

Once this was announced the international gas Cos decided to move, but then the workers, mainly members of the left wing parties, made a demonstration why this decision was taken, placing out of work approximately 200 of their members and many others in related work and by projection including real estate owners/office users/accountants/auditors etc to go.

The most innovative Mayor of Limassol, Mr Christou (who is himself member of the left party) invited the same Cos to establish in Limassol, with the support of the Government, leaving Larnaca well behind, a town (Larnaca) which has the least attraction for business and their own business people seeking investment opportunities outside Larnaca.

It seems to us that the so called “greens” have a stronger muscle in Larnaca than that of Limassol. We remember, when the Limassol marina (now a jewel of an international standard) had met with the same objections by the same groups for all sorts of reasons (including that of transferring rocks to build the marina through the town will cause nuisance etc) but which the local council did not adopt.

Just as well the objections were not adopted and Limassol, a town with «one voice», caring about their town and ignoring the various objections saw the project through. End result? Limassol is and is progressing to become “the” town for business in Cyprus and it seems that this town has no direct relation to politics only, but what it is good for Limassol. There is the reason for most of the foreign Cos (90%) are located in Limassol, with its hotels operating practically 12 months of the year, with international conferences etc taking place in Limassol with Larnaca left behind. Yet Larnaca, being the only town on a sandy beach, has the potential not only for touristic development by also for business as well. There are some sort of small scale boutique hotels under development in the town center, whereas the Russian hotel investment at the Phoenicoudhes area, we hope, will not be met by the same objections. Larnaca wants the port to become a cruise ship one but how? There is no interest for a cruise ship port and with Egypt, Lebanon, Syria in trouble why should they come here? Interesting to note that even those who have shown an initial interest by cruise ships in the good old says to base at Larnaca port, found out that this was not profitable and less competitive to that of Limassol (see Louis group etc).

Yes it would have been idea to have the Larnaca port for cruise ships, but one thing is the hope and another is the business attraction by the operators.

Examining historically the Larnaca development progress in terms of infrastructure we note the following:

• The Phoenicoudhes project (Angelos Demetriou town planner) was objected to by the same people, yet now that it has been executed, it is the center of Larnaca’s attraction.

• The Makenzy area a local runned down restaurant beach place, has been converted into a quality project one, after numerous objections by the Larnaca people were bypassed – Now one of the most attractive beaches.

• The Makenzy beach road (Piale Pashia) which has been recently completed, a lovely project for all, had to pass again through “waves” of objections by the same Larnaca people.

• The gold refinery factory and that of the gas support factory one are not progressing for the same reasons with a loss of another 160 jobs.

• The Ministry of Communications reported that Larnaca will lose €8.0 mil. p.a. in direct revenues.

These and other attitudes make us wonder if we live in the same place.

Larnaca Municipality is trying to the extent that it attract new business and we note that Pafos town, following the successful example of Ayia Napa with the football grounds is searching for new numerous football grounds to attract winter tourists – Larnaca?

Yet, if business was attracted to Larnaca the town and its suburbs would have been greatly benefited in real estate. This is the reason why Limassol has the most expensive housing and office uses (the foreign Cos) and we are afraid that Larnaca will be black listed by the international Cos and would be foreign (and local) investors. It is beyond us the whole situation and the evidence on non attraction is there

• Rental levels are the lowest from all towns and its commercial center, although improved, has the lowest volume of trade.

• Larnaca has the highest unemployment rate for young people and the larger number of visitors at the Municipal groceries.

So what does it take to wake up the citizens of Larnaca? Not even some sort of reaction by the local Commercial Chamber, the local hoteliers no reaction and the same “deadly” silence by many others.

God help Larnana, since with this sort of attitudes it will remain the “poorer” by comparison town of Cyprus with an unknown future and prospects.